The more familiar and comfortable you are with your trading system, its functions, strategy, strenghts and weaknesses, the more likely you are to be profitable in the long run!

Spend time getting to know the consequences of Lot Size, Multiplication Factor, the use of Trend Detection, choice of Grid Adaptation Level, sensitivity of Grid Sizing, Risk Management and much more.

The Adaptive Grid Blazer can trade Forex or any other financial instrument following the trend, or as a traditional Grid System that buys and sells at all times. In this video, we take a look the parameters that you should focus on for this kind of trading setup.

For those looking to trade Forex or any other financial instrument, with a more traditional grid setup, in which you buy and sell the market at all times, here are examples of key settings to look out for.

This particular client has opted for a starting position size of 0.02, while utilizing an increased volume exponent size of 2.3. The requirement was to hedge i.e. to buy and sell the market at any given time.

A quick word on the pros and cons of using the Moving Average trend detection feature in the Adaptive Grid Blazer. When we’re using the moving average feature, we’re trying to align ourselves with where we think prices are going. So we are trying to have the grid system trade according to the trend, that’s great. This will give you long periods of relative peace of mind when when you trade.

However, you also have to consider that we’re not making money in both direction at any given time. And that could further the distance to profitable exit. In other words, there are pros and cons of using both approaches. The disadvantage of buying and selling at every single moment in your trading is that you’re always going to be on the wrong side of a potential trend. So there is that as well.

Considerations when choosing your currency pair

As for choice of grids, the the past four candles are analyzed, and we’re setting the grid size according to a multiplication of 15. Also, we set our grid size between 50, the smallest allowed, and 1000 the highest possible.

As can be seen in the video, the client wanted to both buy and sell at any given time. But he also wanted a configuration where prices could move a lot without he having too anxious about what’s happening in the marketplace.

As could be observed, a huge move up, we waited before we opened the grid, and you could see the grid sizes being calculated in real time in the top right corner. So when we have very little movement, we decrease the size of the grid. And when prices move fast, we increase the grid size.

You’ll notice that prices don’t need to retrace very much in order for us to exit with profit, and that’s because even though we have the adaptive engine configured to be fairly sensitive, we also have a fairly high multiplication factor of 2.3. So that’s the result of that.

In general terms a set-and-forget setting that you only need to check in on once in a while. It’s specifically well-suited for very small account sizes where you really don’t want very much of a drawdown. So there it is an example when we both buy and sell the market at all times. We have the adaptive engine turned on, but the moving average feature turned off.

This configuration suggestion is automatically provided to our customers who have acquired the Adaptive Grid Blazer.

When you decrease the overall grid size, you increase your profitability, but also your potential exposure. Conversely, larger grids tend to be less risky, but also less profitable.

Grid systems can be used to trade any financial instrument. From metals and forex, to indices and energy, grid trading is an intesting trading strategy option. But which time frames and grid settings are the best for impatient traders? This video explores how both can be configured for a fast-paced trading experience.

Being an impatient trader is perfectly normal; perhaps you like the idea of scalping the market, but you’re looking for a setting on the Adaptive Grid Blazer that matches your trading profile – here’s something for you.

Typically, what you want to do is to reduce the grid sizes, and you want to work with more trades, and more frequent trades. Basically, for this to work, you need to have access to a computer, as you will be checking in quite frequently during the trading day. Therefore, this is not a set-and-forget recommendation. However, for those who like action and pace when they trade, especially if you’re working on a smaller account, here some tips to get going.

You will want to decrease the volume size to its smallest unit, and work with a volume exponent of somewhere between 1.2 and 2. To increase the number of trades, we reduce the PIP Range Look Back to somewhere around 1, 2 or 3, we multiply very little, and we define a very small grid. As can be seen, the grid sizes are generated somewhere between 8 and 25 at any given time.

If we operate with very small grid sizes, the recommendation is generally to enable the Moving Average feature. In the example above, we’re actually using 900 periods of five minutes. So in essence, we are trading the market in function of where prices are as compared to the weekly chart.

This setup is ideal for people with  access to a computer during the day. I would say this is very much NOT a set-and-forget configuration. It’s for people who want to actively participate in how the their grid system is trading. One advantage of this setting, is that prices tend to resolve fairly fast.  The result is that for extended periods of time, you will find yourself on the right side of the trend as is the case above.

That gives us peace of mind which is what one is always looking for when when we trade any financial instrument. So are you looking for a bit more action, and would like to participate in your trading using a grid system, then this is a great starting point.

This configuration suggestion is automatically provided to our customers who have acquired the Adaptive Grid Blazer.

When traders have their first contact with a Grid System, the equity curve seems like the work of magic. The universal truth of trading financial markets, however,  is that regardless of which strategy you have chosen to use, you will take money from the market, and the market will take money from you. In this video we compare typical equity curves as seen when trading with a grid system, as compared to trading the trend. 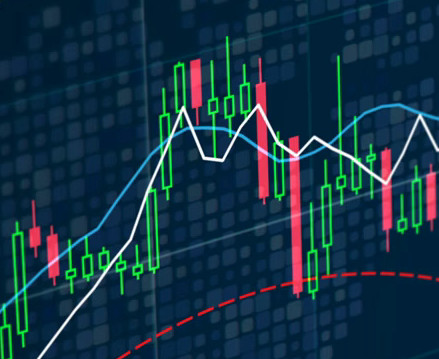